Located on the Douro river and connected via the highway from Madrid, there are many things to do in Tordesillas Spain.

The town of Tordesillas is a small town located near the Spanish town of Castile and Leon. The town is located at an elevation of 704 metres and is located on the river banks of Douro river. The town has a high connectivity through road as it is well connected with the highway from Madrid and Salamanca. So the best way to explore would be renting a car from Madrid and exploring.

The important highway connections of the town makes it one of the popular transit hubs and has an economy which is largely based on the tourism and agricultural production. The area is best known for wheat production in the country.

The town has many hotels, Paradour, pensions and hostels. The town also has a camping site and is filled with restaurants and cafes.

The climate in the town is mostly tropical. The summer season in the town lasts for about 3 month and the hottest month experienced in the city is July with and average temperature of 85 degree F as the highest temperature and as low as 57 degrees F. The cloudiest month of the town is witnessed to be December with an overcast condition of 59% and the clearest month is witnessed to be July with the sky to be clear almost 83% of the time.

The town has long historical event that took place and have subsequently changed the political aspect in the city. One of the noticeable event was the signing of the Treaty of Tordesillas. This article provides you a list of things to do in Tordesillas Spain for witnessing the best of architecture and enjoying the town.

Top Things to do in Tordesillas Spain

Tourism, modern development of the infrastructure and the historic roads of the town are the key survival factors of the town of Tordesillas and the 16th century event of Treaty of Tordesillas signing declined the influence and prosperity in the town. The historic architecture and other important activities which are worth visiting is mentioned below in this Things to do in Tordesillas Spain list!

The Real Monasterio de Santa Clara or the Royal convent of Santa Clara is a building which displays a large number of architecture styles such as Gothic, Renaissance and Baroque. The convent is the oldest convent in the city and was built during the 13th to 18th century.

One of the remarkable features of the church is the statue of Santisimo Cristo de las Misericordias. This particular statue is an anonymous sculpture from the sixteenth century. The elegant cloister is another remarkable feature of the church. This cloister has a garden in the centre an is distinguished by a tall cypress tree. The remaining interiors are closed for the general public as it is a living quarter of the cloister nuns.

If you are travelling to Tordesillas in the month of September, there are certain festivals that take place during that time. The celebrations that take place are in honour of La Virgen de la Pena. The hermitage is located on the other side of the river and people arrive for pilgrimage.

During the night, a big parade takes place and each team member carries a farol which is an object slightly bigger than a street light. Each side of the farol is painted with typical images about the town and its festivities.

The visit includes the tasting of the wine or the bottle of young Muedra. The tours costs about 8 Euros and the tour taes about 45 minutes to 1 hour.

The other cellar similar to the Bodega Muelas is a Five generations of Verdejo. The tour of this cellar revolves around the variety of Verdajo variety of the Do Rueda.

The place was chosen by the representatives of Castile and Portugal in order to carry out the negotiations and resolve the important international issues which are related to the geographical discoveries of the time.

The layout of the museum reflects the historical, geographical, political and social aspects of the moment. The pieces that were selected for the exhibition were chosen in order to help the public who visits the museum to understand the time of the treaty clearly.

The Plaza Mayor de Tordesillas is a central axis of the town and has a history of hosting many activities held in the square. The activities like market, medieval games, bullfights, concerts, comedies, a place for social interaction.

The urban structure recalls the Roman military camps with two roads that crosses it perpendicularly and leads to the fates of the town. The square is like the main squares in Castile, the square is in the shape of square. It is surrounded by arcades and the columns are in the Tuscan style which supports two upper floors with the large balconies and windows.

The current state of the squares is similar to the order of the Catholic Monarchs and dates back to the 16th to 17th century.

The activities in the area constitutes of the top things to do in Tordesillas Spain as it is one of the happening historic squares of the town.

The church is built of stone and brick. The church has a single nave and is divided into four sections on transverse arches and Tuscan pilasters that is covered with barrel vault with lunettes decorated with classicist plasterwork. It has three covers and the tower with a square base constitutes the Tordesillas lookout point and has a great height.

The gate of the church is known to be built in the 18th century and also displays the Renaissance style of architecture. The tour of the building takes less than 1 hour.

The extensions of the church were built in the 16th century and displays a unique classical architecture style. The shape of the church is very irregular and is a possible result of the successive reforms.

This distinct style of architecture makes it to the list of Things to do in Tordesillas Spain.

This list of the top things to do in Tordesillas Spain consists of many fun tours and activities as one gets to witness many important historical structures which date back to the time when the treaty of Tordesillas was signed. The squares were filled with activities from the medieval times. There are a few festivals celebrated in the town which got the community together and is among the favourite things to experience among the tourists! The city is touted as a modern-day metropolis to compete with London and filled with points that are worth visiting, Lisbon is a city which is truly thriving. There’s a wealth of historical sites, including stories… 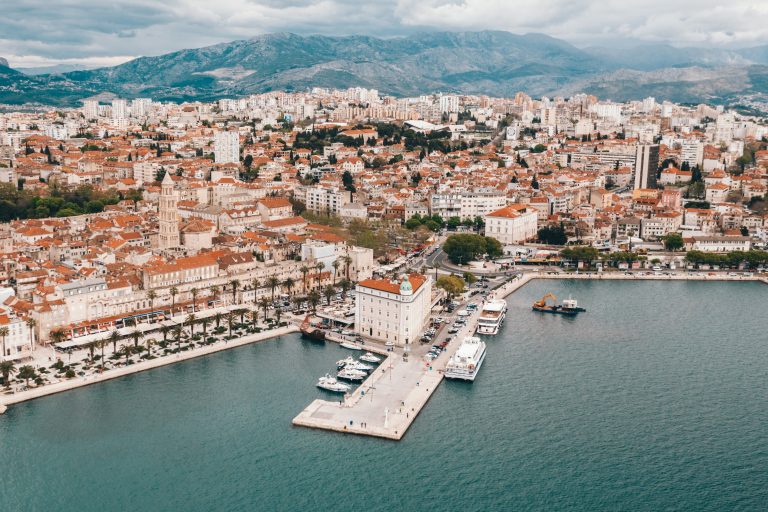 If you are looking for your perfect summery Holiday in this beautiful european country Croatia then join us in exploring One Week in Croatia. Now this Itinerary is not that packed and you will get… 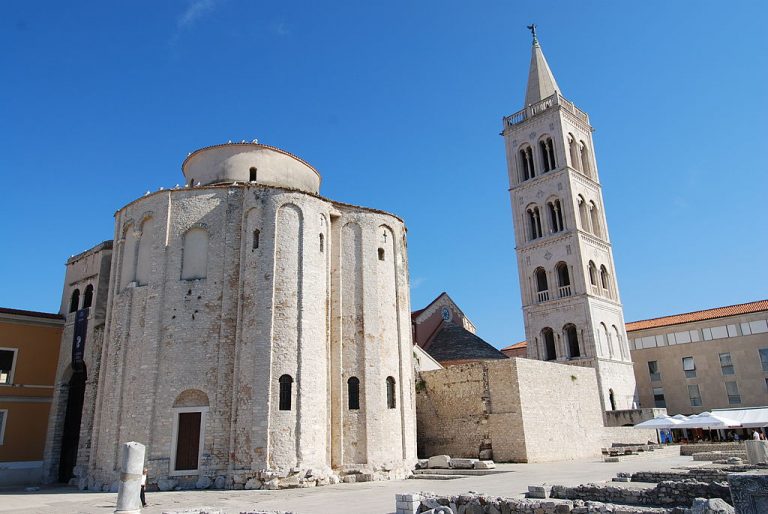 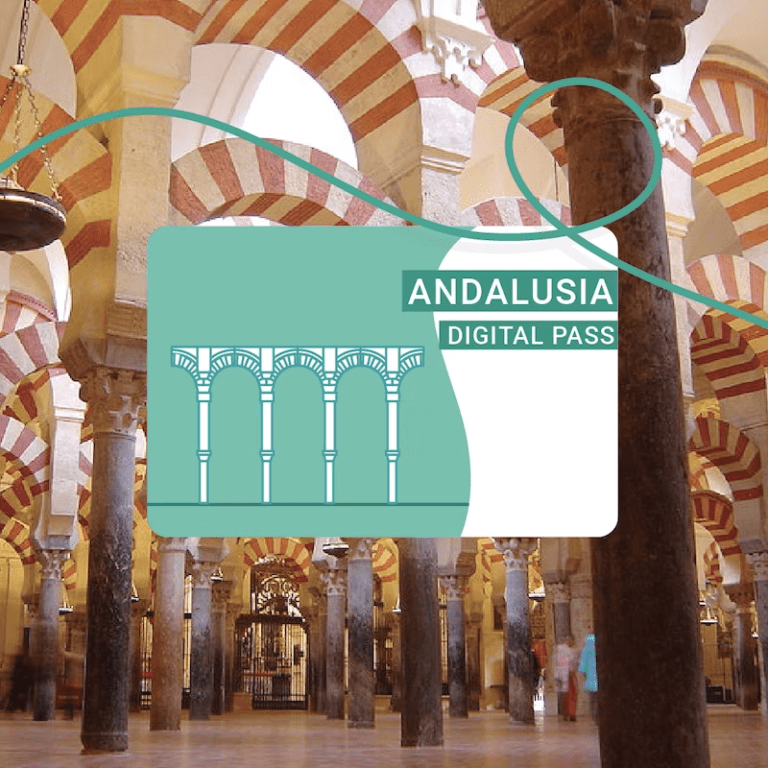 Wondering where you can go on your next backpacking trip then here is the list of Best Backpacking Trips Around the World. Backpacking is your way to wander around the world with only a backpack… 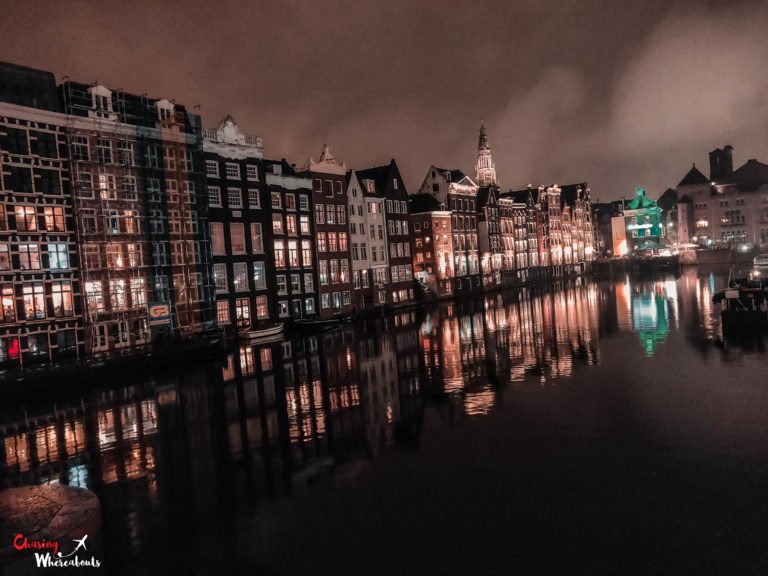 If you are looking forward to exploring this beautiful city of canals here is the 3 days Travel Guide for Amsterdam. Read along to keep of note of the top attractions which you can not afford to miss. Nevertheless, you can also do a day trip to Amsterdam if in case you are running short of time.