Frankfurt is a major European banking and finance centre. In this post we will cover all the options for Weekend Trips from Frankfurt within Germany.

The city’s skyline is shaped by its many skyscrapers. Frankfurt is also one of the world’s busiest airports, and one of Germany’s largest ones.

With a population of 790,000 in the city area and 2.5 million in the metropolitan area, Frankfurt is the fifth-largest city in Germany.

It’s also home to six universities with over 100,000 students and many museums such as the Museumsufer or Städel Museum.

Frankfurt, Germany is a great place to visit for a weekend getaway. There are many activities and attractions to keep you busy during your stay. If you don’t own a car then you can rent a car in Frankfurt and planning your road trip from Frankfurt as well.

Köln is located on the River Rhine, and has a population of over one million people. It’s known as the “city of churches” because it has over 30 churches and cathedrals.

Köln is located on the River Rhine in North-West of Germany. It is also know as “the city of churches” because there are about thirty churches and cathedrals in Köln. The largest church in Köln is Cologne Cathedral (Kölner Dom), which was completed in 1880.

Top Things to do in Cologne:

Recommended Read: Top Things to do in Rudesheim am Rhein Germany

2. Romantic Rhine Valley, One of Europe’s Most Picturesque Scenic Getaways

The Rhine River Valley is one of the most scenic regions in Europe, and a perfect destination for a romantic getaway.

The Rhine River Valley is one of the most scenic regions in Europe, and a perfect destination for a romantic getaway. The towns along this stretch of the river offer a myriad of things to do like sampling local wines and exploring medieval castles.

Top Things to do in Romantic Rhine Valley on your weekend trips from Frankfurt:

1. Get the perfect pictures of the Rhine Valley

2. Visit the castle: Castle of Nideck

The Rudesheim is a wine-producing region in Germany which was established as a Roman settlement. The wines produced here have been gaining popularity in the international market, and are now exported to various countries around the world.

With the growing demand for wines from this region, more people are considering moving to Rudesheim. It might not be easy to find affordable living spaces amid all these vineyards, but there are some options available for those who want to move here despite the competition of high-end properties.

Top things to do in Rudesheim on your weekend trips from Frankfurt:

This small town in Bavaria, Germany is situated on the River Tauber. It is only a few kilometres from the Franconian Switzerland, a UNESCO World Heritage Site. Rothenburg ob der Tauber boasts of medieval walls and gates, towers and red-roofed houses with timber framing. Its most remarkable feature is its medieval fortifications that were built in order to protect it against enemies and plundering armies.

The town still has its intact network of ancient ramparts that encircle the hilltop town centre as well as many buildings from the 15th-17th century which are still used by residents today. One of them, The Gothic Town Hall (1470) was designed by Renaissance architect Michael von Breteuil and it towers over the market square from its position

1) Visit Rothenburg’s medieval walls which have been beautifully restored.

2) Explore the streets and visit the many museums.

3) Watch a play at the world’s smallest theater, which seats only 37 people.

4) Get lost among the cobbled streets and enjoy traditional Bavarian food and drink.

5) Take a carriage tour around town with your family or friends, stopping at some of Rothenburg’s most popular landmarks along the

Below are some of the Weekend Trips from Frankfurt options for you.

Quedlinburg is a town of around 18,000 inhabitants in the district of Harz, in Saxony-Anhalt, Germany. The town is situated on the river Selke, about 120 km (75 mi) south of Magdeburg.

Quedlinburg was first documented in 922 as a settlement where the king’s daughter Quedlinde who had been living there with her mother Queen Hathuiadide was buried.

It became an important centre for trade and crafts and in 1209-10 it was granted a charter by Otto IV and again in 1216 by his son Henry II.

4. Stroll through the park

Bamberg is a medieval town with a modern twist. Bamberg is only about one hour by train from Nuremberg, yet it has the feel of a small Bavarian village. It offers many attractions, including its old medieval center, the “Altstadt.”

Bamberg was first mentioned in history in 1002 and was granted city rights in 1249. The city’s name became known throughout Europe when it became the home of “Reichsstad” (Imperial City) for six centuries, beginning in 1547.

Top Things to do in Bamberg

1) Visit the historic cathedral – this will allow you to see how rich German history is from an architectural point of view.

2) Have a traditional Bavarian meal at one of the many restaurants downtown – there’s something for everyone here!

4) Go on a bike tour through

Berlin is a city that focuses on its culture and arts. Visitors to the city will be welcomed by its many museums, art galleries, theaters, and parks.

Berlin is the capital of Germany. It has more than 3 million residents and attracts up to 10 million visitors every year. The city is a global hotspot for culture, arts, fashion, design and music. Tourists come here because they want to see the best of German history and culture while also experiencing Berlin’s modern vibe.

The city’s cultural scene revolves around museums like the Pergamon Museum with its priceless collection of ancient artifacts from Greek mythology or the Old National Gallery with its range of German Expressionism paintings from artists like Max Beckmann or Otto Dix. There are also plenty of historic buildings like Charlotten

1. Cruise the Berlin Wall and see remnants of the Cold War

2. Take a stroll down the East Side Gallery which is an open air gallery made up of paintings by artists from all over the world

3. Take a walk through the Central Park called Tiergarten

4. Explore history at Checkpoint Charlie which used to be an important frontier post during the Cold War era

5. Visit Victory Column which is considered to be one of Berlin’s most iconic monuments

7. Go to Berlin TV Tower and Get something to eat.

8. Hamburg: Germany’s Gateway to the World

Welcome to Hamburg, Germany. The gateway to the world.

Hamburg is a city on the river Elbe in northern Germany. It is one of the major port cities in Europe and the fifth-largest city in Germany after Berlin, Hamburg is a perfect destination for long-distance travelers who want to experience Northern European culture and explore some of Europe’s most scenic architecture.

The heart of Hamburg lies about 50 miles from Berlin, 45 miles from Copenhagen and just 12 miles from Lübeck, where Denmark meets Germany.

1. Explore the lively nightlife: Hamburg is the second largest city in Germany, but it has one of the highest rates of nocturnal activity in Europe.

2. Take a boat tour: The city is surrounded by water, and many visitors make the most of this by taking colorful boat tours that will take you past wonderful places like Speicherstadt – a huge warehouse district that’s listed as UNESCO World Heritage Site.

3. Visit the Reeperbahn: This was once an important center for trade and commerce, but now it’s home to one of Germany’s most famous red light districts with all kinds of attractions including plenty of bars, restaurants and nightclubs!

Regensburg is situated in Bavaria, Germany and is a popular tourist destination.

Regensburg is a town in Bavaria, Germany. It’s situated on the banks of the Danube River and is close to the border with Austria. Regensburg has about 101,000 inhabitants (2016). The city’s old town area is on UNESCO’s list of World Heritage Sites.

Top Things to do in Regensburg

1.Visit the Cathedral of St. Peter

The city of Mainz is the capital of the German state of Rhineland-Palatinate in the west, and it is one of the oldest cities in Germany. It has an estimated population of over 111,000 residents, and it dates back to around 16 BC when it was founded by Romans. The city is a major transportation hub with a central location where trade routes from France, Italy, Switzerland, and Austria converge.

The best thing to do in Mainz is visit the Main Tower. It is a medieval tower that is located in the heart of the city. Besides that, you can also visit the New Town Hall which was built between 1867 and 1876.

Top Things to do in Mainz

4) Enjoy traditional German food at one of the restaurants in town or explore international cuisine at one of the many cafés and shops nearby.

If you are looking for Day Trips from Frankfurt then you can check our other post. We have also shared post about Festivals in Frankfurt which you can check.

Do let us know if there is something more which you think needs to added in our list. If you don’t have a car then you can book a Car on Rent in Frankfurt for you future trips. 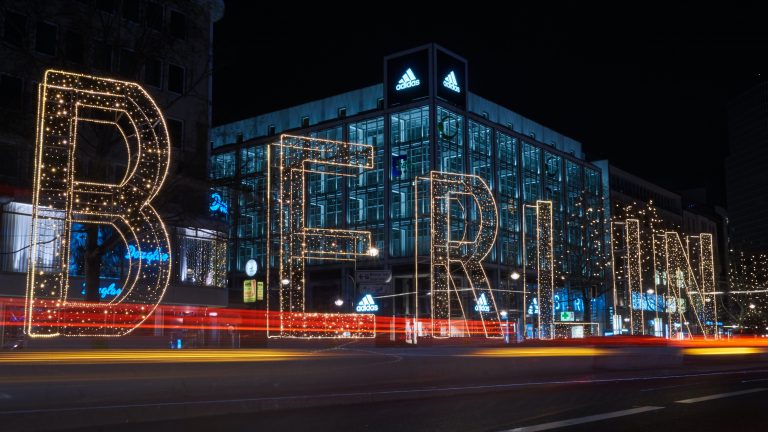 In this post we will be checking the awesome day trips from Berlin to get one day adventure and much needed break from your day to day life. 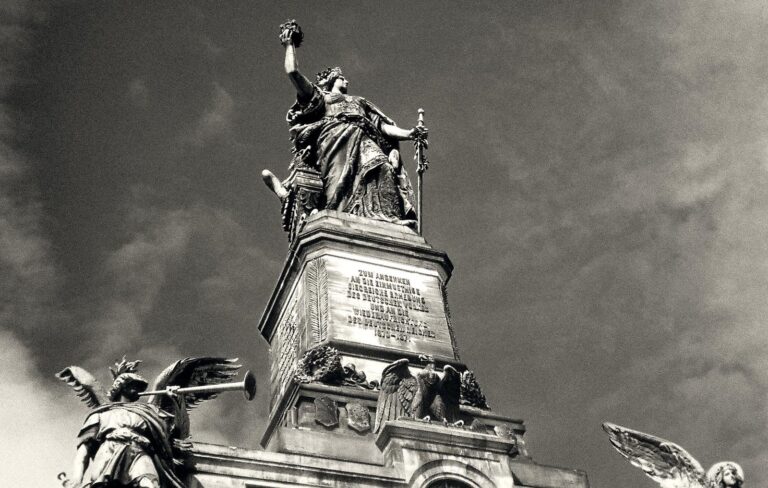 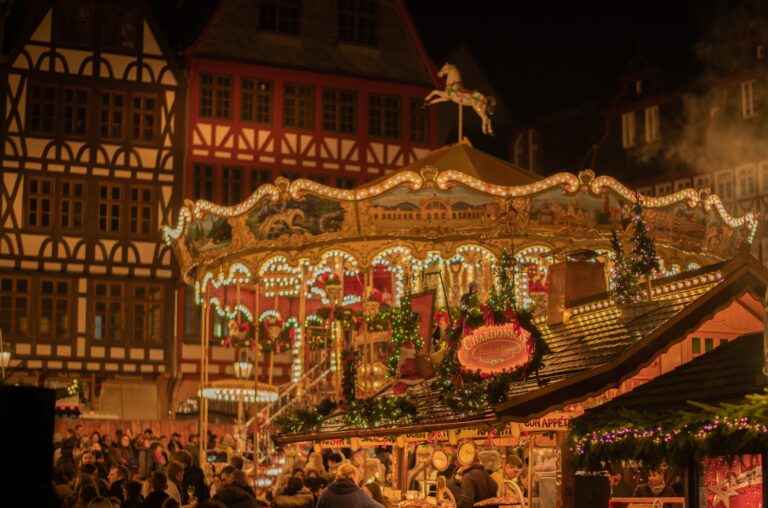 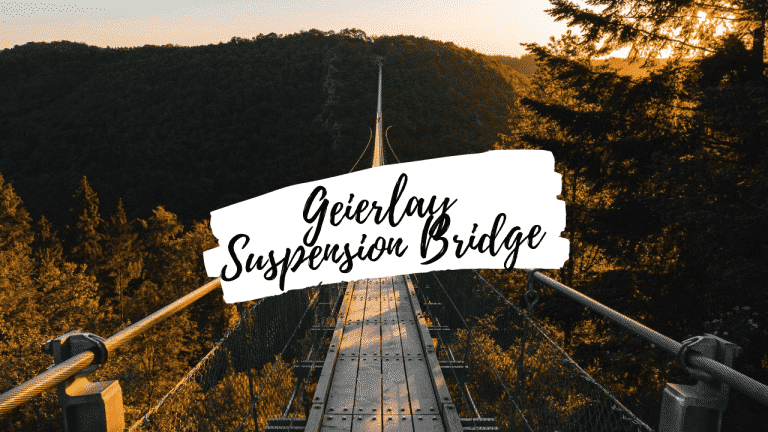 We all have been going through this state of dilemma whether we should travel or during this state of Pandemic. While the case of Cornavirus has decreased in Germany, People have started travelling to places within Germany which are less crowded so we decided to go on a short trip to Geierlay suspension bridge. 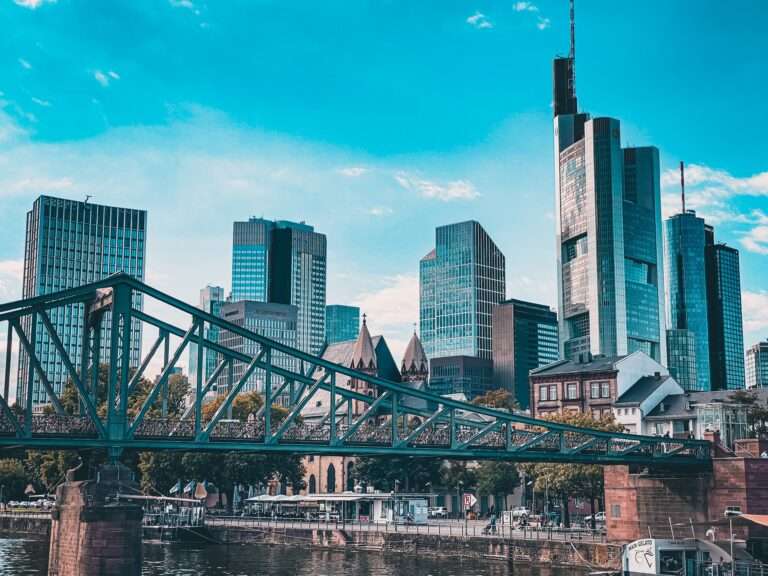 Interested to know about Top Things to do in Frankfurt, We have got you covered in our this post. 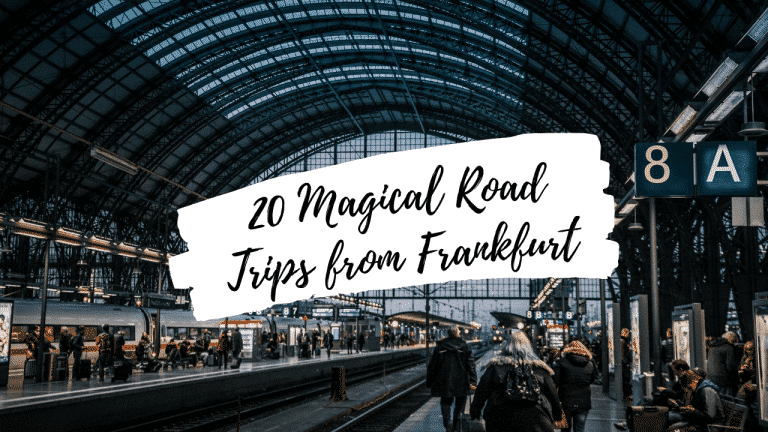