An industrial port town in Northern Spain, Bilbao has rich culture, architecture and heritage. There plenty of things to do in Bilbao Spain.

Bilbao is the largest city in the Biscay province and in the Basque Country and is known to be the tenth largest city in Spain. The metropolitan area of the country is one of the most populous metropolitan areas. The city was founded in the 14th century by the head of the most powerful family Diego Lopez V de Haro. Bilbao was known to be the commercial hubs of the Basque country. This was due to the presence of the port.

The town is located by the Bay of Biscay and the climate of the town is tropical. Precipitation in the town is abundant thus the summers in the place is not dry. The rainiest season is between October and April. November is the wettest month of the town. Snow is not a frequent phenomenon in Bilbao.

Things to do in Bilbao Spain

A commercially important town in Spain, Bilbao is also known for its colourful architecture, buzzing avenues and lush green surrounding. These highlights make the town worth a visit. There are museums, parks and streets which must be explored. Here is a list of all things to do in Bilbao Spain.

Guided tours are one of the best ways to explore any town or city. This enables you to see the town through the local eyes! Bilbao’s city tour is fully customizable from the timing of the tour to the sites you want to visit etc. This is the best way for you to explore the city as the local guide will walk you through the city and the history and historical destinations of the city.

This tour can help you with exploring the place better and you can have a fun filled and informative day!

Wander in the Seven Streets

Bilbao is known for the Seven Streets or the Old town. This part of the city dates back to the 14th century and has transformed drastically. This part of the town has turned into a meeting point between locals, bystanders and tourists.

The Seven Streets is the oldest part of the city as the foundation of Bilbao was laid from this neighbourhood. Spending time in this neighbourhood will help you learn about the town’s ancient history. The Santiago Cathedral and the churches of San Anton, San Nicolas and Santos Juanes are located in the seven streets. This undoubtedly is the must see spots of the area.

The architectural style of the building is a mixture of different styles. The cloister and the main vault reflect the Gothic Style of Architecture and the facade and the spire is a reflection of Gothic revival.

The cathedral has a main nave which rises at a height of 22 metres and has two lines of circular columns which lead us to the main chapel. The chapel is a raised space for the bishop. Around the chapel is the distinguished French feature the Ambulatory which was built for the easy movement of the mass pilgrims. The hidden crypt consists of the remains of the original church in addition to the praying space.

On the street level, the church consists of 15 funeral chapels which were opened by the end of 15th century and bear over 250 tombs which belong to the distinguished families of Bilbao.

Located in the middle of the old town, the Plaza Nueva or Plaza Barria is a beautiful architectural square designed in the Neoclassical Architecture in the year 1851. The square is surrounded by arches which leads to the arcade of restaurants and pubs.

Sunday mornings is a busy time in the plaza and one can witness a market of antiques, records, books and souvenirs. The square is used for organising events such as festivals, concerts and folk events.

Guggenheim Museum is the highlight of the city and is a showstopper in both art and architecture. The museum is the most iconic building of the Basque country and is recognised by the curvy metal facade.

Designed by Frank Gehry, the museum holds modern art collection in Europe. The museum is on the northern edge of the city centre alongside the river. The metal facade was constructed in titanium limestone and glass and resembles floral form from above. The exterior of the museum is designed in a way which allows light to enter and reacts to the sun and weather in an appropriate way.

The Bilbao Fine Arts Museum has more than 100 years of history. The museum covers artefacts from 13th century. to the present day. The museum hold works of local artists in the city and has collaborations with civil society and public society.

The museum was open to public in the year 1914 and was aimed at modernizing individuals and public institutions which were sensitive towards the cultural movements in the city. This was also incorporated with an aim of development of the economic and urban strata. The main objectives were to provide a space which were considered essential in a modern society and provide important historic models to the artistic community.

Vizcaya Bridge or the Puente de Vizcaya is located on the west of Bilbao and was designed by the Basque architect Alberto de Palacio. The bridge was completed in 1893. It is 45 metres high bridge and spans for over 160 metres.

The bridge indicates architecture from the 19th century as there are hints of ironworks in it. The bridge consisted of the new lightweight technology of twisted steel ropes. This bridge is the first bridge in the world to carry people and traffic on a high suspended gondola. Due to the industrial revolution, the bridge has use of steel and iron and the use of these steel cables makes this bridge marvellous.

The theatre is one of the oldest landmarks of the city. It is located at the entrance of the Old Town and represents the culture of the city. The theatre displays various architectural styles such as the neo-baroque style. To explore the theatre better, one can take up a guided tour of the theatre.

Pintxos is a Basque version of tapas and toast. Basque Country is the origin place of the pintxos and it consists of bread topped with any number of ingredients. The best part of it is the size. These are small in size and one can have several of these at a time.

Pintxos is one of the most famous dishes of the town and thus it is a must that you try this on your trip to Bilbao.

Mercado de la Ribera or the Ribera Market is a market square in Bilbao and is located on the Nervion River. The built area of the market is roughly about 10,000 sqm. which makes this market the biggest covered market in Europe. There are stalls of different products which includes fresh produce, fish markets and butchers.

The market is located on the site of the old grand square and is next to the Church of San Anton. This is between the banks of river and buildings of the Old town. The market was recognized in the year 1990 and the renovation of the market was aimed at renewing the structure, stalls and services. 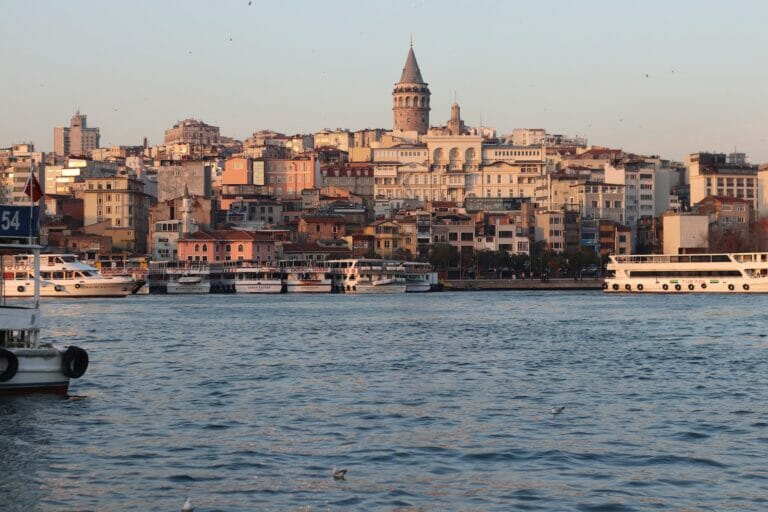 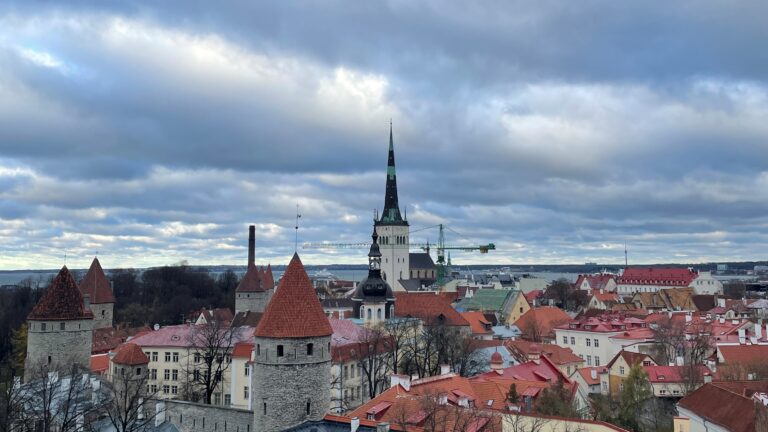 If you are planning your trip to Tallinn Estonia then in this post we will be talking about the top things to do in Tallinn Estonia. Tallinn, the capital of Estonia, is an exciting place… 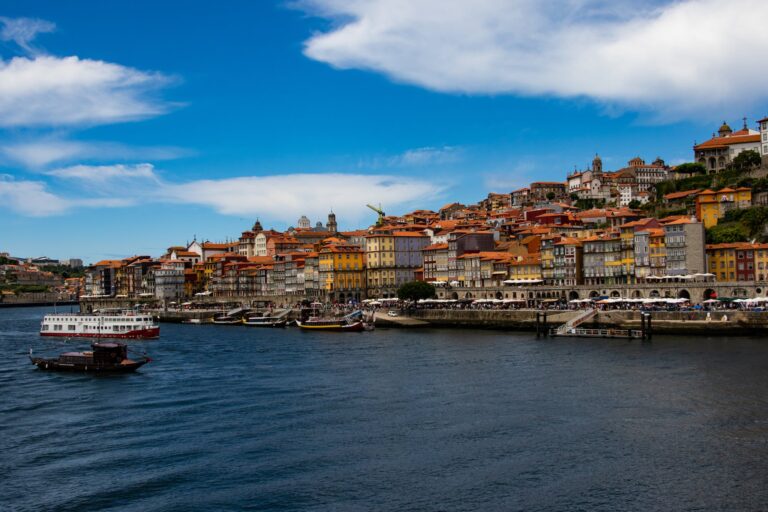 Planning your excursion in Portugal then here are the best places to visit in Portugal as a First-Time Visitor. Portugal remains one of Europe’s major touchpoints for tourists looking to explore the ancient enclaves of… 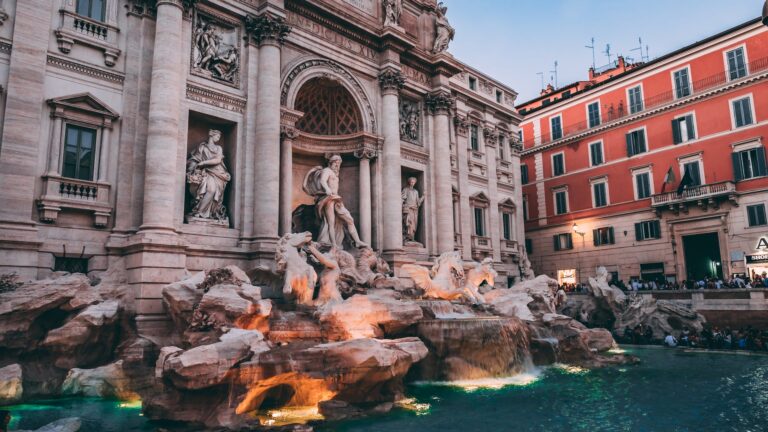 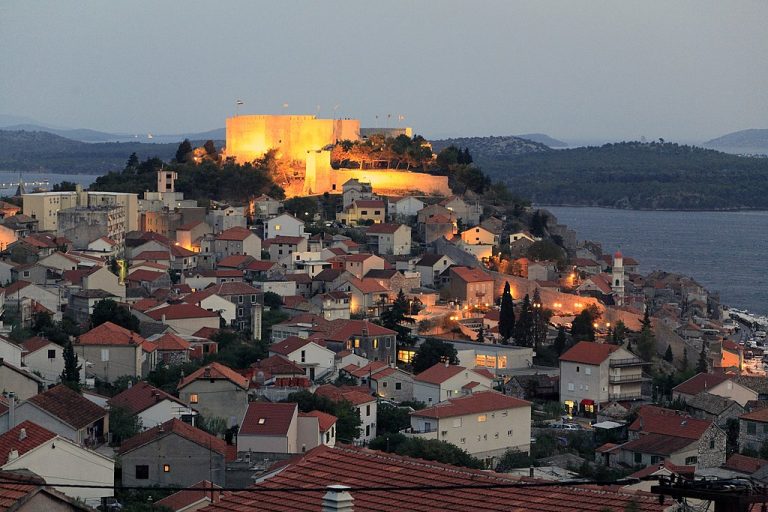 In this post we will be covering all the Top things to do in Sibenik Croatia, If you are planning your Week in Croatia then our One Week Itinerary of Croatia will get you started… 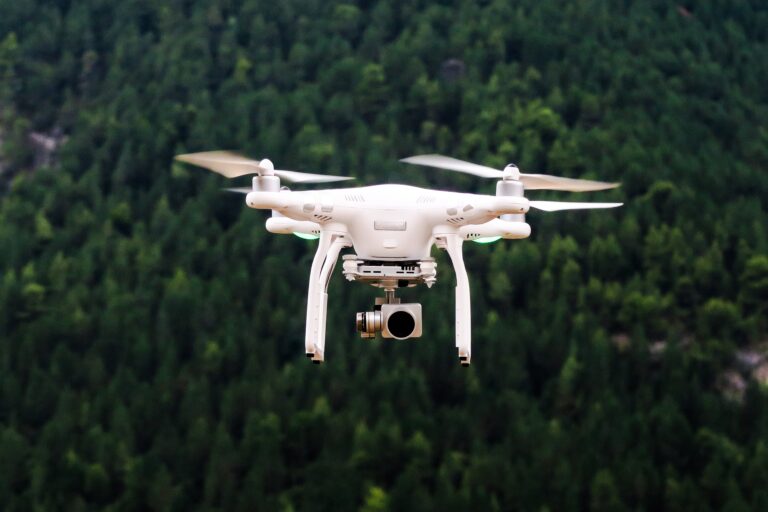 If you are planning your trip to Greece with a drone there here you will get all the information about flying drone in Greece. We will be covering in detail about the Greece Drone Laws…